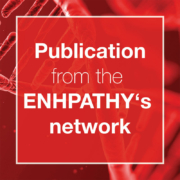 In all mammals, the cellular operation responsible for the maintenance of homeostasis, specifically of all the physiological balances ensuring the vital functions of an organism, is dictated by the reading of information carefully preserved in the genetic heritage or DNA. The expression of a gene that will code for one or more proteins of interest is therefore a strategic step, controlled by the presence on this DNA of regulatory sequences, which in the event of malfunction, can cause the occurrence of serious genetic pathologies, such as inflammation or auto-immune diseases.

Listed in two distinct families according to their locations near or far from the genes that they regulate, researchers speak of promoters or enhancers, respectively. These sequences are scrutinized by the scientific community in an attempt to arrive at a better understanding of the complexity of their modes of action. The latest work from a research team within the TAGC laboratory (Theories and Approaches to Genomic Complexity, Inserm/AMU), led by Dr. Spicuglia and published in the journal Nature Communications have recently shed new light on the role of a particular family of promoters called Epromoter that are involved in gene regulation, but this time, without particular location criteria.

With an enlarged scope of action, Epromoters are forcing scientists to reconsider the origin of certain genetic dysfunctions

For the uninitiated, deoxyribonucleic acid, or DNA, a true emblem of modern biology responsible for the mechanisms of reproduction, mutation and gene expression, is a molecule discovered in the 1940s, whose double helix structure was revealed to the scientific community in 1953 by the famous duo Watson and Crick.

With the advent of ‘Omic’ technologies and new computing powers, researchers have constantly pushed the limits of knowledge on the complexity of this molecule, both organizationally and functionally. Three dimensional models of chromatin, the structure within which DNA is packaged, at the heart of epigenetics research programs, have replaced linear and simplistic models that tended to reduce the regulatory sequences of genes to simple switch boxes, attached to a gene, which the cell just needed to activate its button to influence the production of a protein.

Research work, which has enabled new actors to be characterized that are capable of inducing or repressing the activation of a gene from afar, has taken into account the complex re-arrangements in the space of the double helix, placing in near proximity certain regions that are several thousand base pairs apart, like a thread in a ball of wool.

A pioneer in the characterization of a group of promoters also involved in the regulation of distant genes (ref –> Genome-wide characterization of mammalian promoters with distal enhancer functions https://doi.org/10.1038/ng.3884), Dr. Spicuglia’s research team has taken a new step by confirming in this publication – notably thanks to functional studies involving key cellular players in the immune response, such as macrophages – the particular mode of action of Epromoters during the response of the cell to a stress signal or an inflammatory response.

Triggered by the body following an exogenous (infectious or traumatic) or endogenous attack, the inflammatory response is a component of the body’s immune response to a danger signal. Under normal conditions, it constitutes an adapted and controlled response by multiple regulatory systems, thereby contributing to the natural defense process and tissue repair. When the inflammatory reaction is inappropriate or poorly controlled, it becomes aggressive, doctors then speak of acute or chronic inflammatory syndromes or diseases, the latter being the third cause of death, after cardiovascular diseases and cancers.

Interferons, intercellular communication molecules and key players in the response to a stress signal

During a viral infection, type I interferons (IFNA/IFNB) are produced, proteins of the cytokine family which, by binding to their targets, will trigger an innate or immediate immune response, to limit the spread of the virus in the body. Secreted into the extracellular medium, IFNs are molecular messengers capable of docking in a specific way with membrane receptors to trigger a cascade of signals inside the cell; firstly in the cytoplasm, then in its nucleus, where they induce the expression of interferon-stimulated genes (ISGs).

“An insufficient or inappropriate interferon response will not be able to contain the replication of the virus or may promote a pathological immune response (for example, a runaway immune system, as seen in severe forms of Covid-19),” says Dr. Spicuglia.

The use in this study, of the so-called “high-throughput gene reporter system” technique for analyzing thousands of genome sequences presenting promoter or enhancer characteristics under different stimulation conditions, enabled Dr. Spicuglia’s team to show that the Epromoters are capable of not only locally recruiting all the factors involved in the regulatory mechanisms of ISG gene groups, but also of establishing connections with other distant genes during the induction of the cellular response to stress signals or during an inflammatory response.

“This observation now requires us to go further in the study of the mode of action of these regulatory sequences involved in inflammation to better prevent and treat the many diseases associated with it, such as atherosclerosis, cancers, auto-immune diseases and infections,” concludes Dr. Spicuglia.

Epromoters: The regulation of gene expression is no longer a binary issue