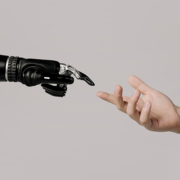 The estrangement of artists and scientists appears to have been a feature of ancient civilisation even before the time of Plato, who deduces that poets are imitators of the world, and therefore far from the truth: “the tragic poet is an imitator, and therefore, like all other imitators, he is thrice removed from the king and the truth.”Even now, the opinion is very widely prevalent that art and science are in some sense mutually antagonistic, where one is considered closer to truth and the other an artefact of one’s imagination. Though there are people who would repudiate such an opinion but, even amongst them, there seems to be very little feeling of any need to establish their essential harmony. In such times, the Enhancer in Art (EIA) initiative by the ENHPATHY program stand unfazed by the criticism and determined to compose an exemplar for the budding scientific art community.

Amongst the most celebrated instances in history of intertwining of art and science, nothing stands closer to that of Marianne North and Charles Darwin in my opinion. Born in Hastings, England, Marianne North was a Victorian plant hunter and prolific botanical painter. She played a key role in botanising, and in the transfer of botanical knowledge, not only as illustrators of the physical characteristics of botanical subjects but also in advancing the ways that scientists (in this case study, those that study plant sciences at Kew) have understood, named, represented, categorised and related to plants. Around the same time, Charles Darwin was studying phenomena like ‘pleasures of pseudocopulation’ in The Power of Movement in Plants, which was believed to be induced by the enticing colours of orchids. Later, she was invited to Australia in 1880, on the recommendation of Darwin to paint their extraordinary flora. Charles Darwin was an avid supporter and considered North’s paintings to be excellent examples of his theory of nature.

Continuing the legacy of Marianne North, Charles Darwin and many more, ENHPATHY has created a platform for knowledge dissemination and public engagement in the field of enhancers and associated diseases by the medium of art. In my view, the research community is constricted and often requires a certain level of scientific acumen as a premise to step into. Collaborating with a local artist, I would be able to covert my research of complex biological phenomena to intelligible concepts, bypassing the gatekeepers of the scientific community and reaching out to the general public.

Fabian Oefner Art vs Mystery of Science
Scroll to top